Fungal infections make up 50 percent of all nail abnormalities. It’s nail fungus that makes the nails discolored, crumbly, thick, brittle, and distorted. This may develop on just about any nail, but this commonly occurs on toenails. Toenail fungus appears unsightly and embarrassing to many, which is why most people think of it as a cosmetic problem instead of a medical concern.

What causes the nail fungus infection?

There is no gender, ethnicity, and geographic preference when it comes to nail fungus infections. It is often contracted by people who are fond of walking barefoot in pools, locker areas, and other similar settings. The infection is also more likely to occur because of a nail injury, which may serve as the entry point of the fungus. People who always wear shoes are more prone to nail fungus due to the conducive environment inside the shoes. People who have diabetes and circulatory problems are also more prone to infection.

What can treat a nail fungal infection?

A topical nail fungus treatment is often not the first type of treatment recommended by doctors. The dermatologist instead recommends an oral antifungal medication, which has been proven effective such as itraconazole or terbinafine. It is more likely for the topical medication to be applied along with consuming an oral antifungal. When the nail fungal infection gets severe, a nail removal surgery may be in order. This is particularly needed when the infection does not respond to treatment.

The best way to prevent nail fungal infections is to practice good foot hygiene. Make sure that your feet are always clean and dry and that your toenails are trimmed.

Palo santo is available in different forms. It can be used as any of the following: wood, resin, or oil. The wood of the palo santo is available as a stick, powder, and chip. It often comes from the branches of a tree, which means that it is 100 percent wood. The palo santo wood possesses an aromatic resin, which can be extracted and used independently. Its oil can be extracted from either fruit or wood.

As an Antifungal or Antimicrobial

The palo santo essential oil from Peru was tested for its antimicrobial and antioxidant activities. The results of the study revealed the essential oil showed antimicrobial activities that range from moderate to high against Bacillus cereus, Clostridium perfringens, Listeria monocytogenes, Salmonella choleraesuis, Escherichia coli, Candida albicans, and Staphylococcus aureus.

Palo santo essential oil has also been traditionally used as an antibacterial agent. Palo santo induces viruses, bacteria, and unwanted odors. Because bugs don’t like the smell, they are likely to stay away.

Other Health Benefits and Uses

Research suggests that the palo santo has the following health benefits and uses:

The palo santo is known for grounding and centering, the same as the frankincense oil. This is used for spiritual and emotional support since such two oils function as a natural anxiety remedy. When the oil is inhaled, it travels through the olfactory system which aids in stimulating the body’s relaxation responses. It also reduces insomnia, panic, and anxiety.

Palo santo is capable of enhancing the immune system. It also regulates the body’s inflammatory responses like those that are stimulated by poor diet, illness, stress, and pollution. Its main active element limonene is a bioactive component found in high concentrations in specific plants including citrus peels. Limonene is popular for its anti-cancer and anti-inflammatory effects. Researchers discovered biological activities which include antitumor, antiviral, anti-inflammatory, and antineoplastic activities against tumor growth and cell mutations. The triterpene lupeol compounds in palo santo specifically exhibited powerful activity against breast, lung, and colon cancer cells.

The palo santo is commonly used to repel mosquitoes. It is also known for repelling ants, flies, and termites. According to a 2012 study, the essential oil from palo santo has a high concentration of limonene which is known for insecticide properties, making it a popular element in natural insect repellants.

Palo santo oil is widely used in aromatherapy. This is often applied during meditation, yoga, or any other stress-relief activities. Such oil may also be applied to the skin. This particular technique may be used for treating pain. The wood, on the other hand, is burned into incense. While it is burned, it gives off aromatic smoke which will be inhaled. The palo santo powder and chips are also used in the same manner. Same as the wood from palo santo, the resin is also used as incense. This is placed on a charcoal disc located in a resin burner, which releases the resin’s aroma into the air.

There are no major side effects associated with taking the palo santo. 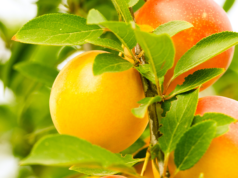