Toenail fungus, which is also called onychomycosis, occurs when a fungal infection occurs under the nail. This causes changes in color, shape, and even causes pain. Most people only become concerned with toenail fungus because of their unsightly toenails. However, it is important to treat toenail fungal infections since they may cause the following complications: the spread of the fungus to the surrounding skin on the feet, widespread infection like cellulitis among people with diabetes, and other chronic conditions, and loss of nails, a condition called onycholysis.

It’s crucial to seek professional help in identifying and diagnosing foot issues. In general, the following are the most common symptoms of toenail fungal infections: discolored and brittle nails, the nails becoming tender and causing pain, giving off an unpleasant odor, nails becoming too hard to trim, debris may build up underneath the nail, white marks or yellowish streaks may occur all over the nail, and the nail may have a chalky surface.

Toenail fungus is caused by fungi, which are microorganisms that can’t be seen by the naked eye. The most common of these fungi is from the group called dermatophytes. Toenail fungal infections may also be caused by molds and yeasts.

Some risk factors may also increase the probability of incurring a toenail fungal infection. These include walking barefoot in public areas that are warm and moist, having breaks or injuries on the nails, having previous problems with athlete’s foot, footwear that can cramp one’s toes, and others.

Toenail fungal infections are often treated using oral and topical medications that are prescribed by the doctor. Most of these medications are tolerated by the body with only a few side effects. For stubborn cases where a nail fungus treatment does not work, nail removal may be needed for fresh nails to grow.

Purslane is known as a weed, but others consider this as a green leafy vegetable that can be eaten whether raw or cooked. It is known scientifically as Portulaca oleracea. It also goes by other names such as fatweed, pigweed, little hogweed, and pusley. This is a succulent plant that contains around 93 percent water. Its stem is red and its leaves green and small. It is slightly salty and sour like spinach and watercress. It works like lettuce and spinach and can be used in making salads and sandwiches.

Purslane can grow in many parts of the world and varying environments. It can be found in garden walkways and sidewalk cracks, but it can also easily adapt to much harsher environments such as drought-stricken areas and salty or nutrient-deficient land.

Purslane is native to the Indian sub-continent, and it is now distributed in many continents. In many Asian and European regions, it is cultivated as a staple green, leafy vegetable. 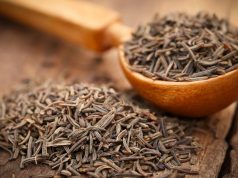 Caraway: A Superb Antimicrobial Spice with Lots of Benefits 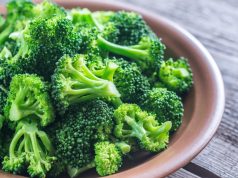 How Broccoli Can Help with Nail Fungus 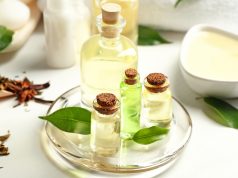