More than one type of fungus can infect your toenails. Dermatophytes, a type of mold, may cause the majority of toenail fungus infections. These are fungal microorganisms which means that they are hard to see with the naked eye. They also feed off keratin in the nails, which is a protein that makes the nails hard.

4Who Are More Susceptible?

Anybody can have toenail fungus infections. It is more prevalent among older people, particularly those over 60. People may have a higher risk of getting toenail fungus infection when they have diabetes, athlete’s foot, nail injury, psoriasis, weakened immune system due to an autoimmune disorder or HIV, hyperhidrosis or a disorder that makes you sweat too much, and poor blood circulation due to peripheral vascular disease. 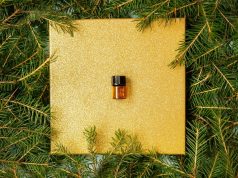