Nail fungus infection can affect any person at any age. This is a common condition which is also known as onychomycosis or tinea unguium. According to medical estimates, around 3 percent and 12 percent of the population tend to be affected at some point. It is a condition that is common among older people and those who have compromised immune systems.

The first sign of the fungus is a white or yellow spot found underneath the tip of your toenails. More signs will show once the infection worsens. These include nail discoloration, the nails becoming crumbly, thick, and brittle. At times, the nail may lift off the nail bed and give off a foul smell. It can be painful and uncomfortable to walk too. The fungus can affect several nails although not all of them. The fungus infection may cause mild symptoms at first and only bring about an unsightly appearance of the nail. When you notice these symptoms, it’s the best time to seek a nail fungus treatment to avoid the growth and spread of the fungus.

Microscopic organisms that are known as fungi are responsible for nail fungus infection. They thrive in warm and moist areas and don’t need sunlight to survive. The most common group of fungi that causes nail infection is the dermatophytes such as Candida. Yeasts and molds also cause nail infections. These pathogens that cause the nail infection often enter the skin by way of tiny cuts and also small spaces between the nail and the nail bed.

There are a couple of risk factors that could make people more susceptible to incurring nail fungus infection. These include the following: poor blood circulation in the legs which can be caused by medical conditions like diabetes peripheral arterial disease (PAD), weak immune system, another fungal infection like athlete’s foot, genetics, damaged nail beds, skin conditions such as psoriasis, wearing dirty and too-tight closed-toe shoes, and exposure to places that are warm and moist like public swimming pools, showers, and locker rooms.

It takes time, effort, and money to treat a nail fungal infection. Treatment is a long and tedious process. Most of the time prescription-based oral antifungals are given to those with nail fungus infection. Examples of these oral antifungals are terbinafine, fluconazole, and itraconazole. Topical treatments are also available. The doctor usually prescribes medicated nail creams and ointments for nail fungus infection. You can also find over-the-counter creams and ointments but are known to be less effective than the prescribed ones. For extreme cases, the doctor may recommend a nail removal through laser or by chemical application.

One of the best home remedies is eating foods that have a lot of probiotics. Probiotics are live bacteria that are the same as the bacteria in the human gastrointestinal tract or GI tract. These are good bacteria, which are the opposite of the pathogenic bacteria that cause diseases. Probiotics are recommended for people who suffer from yeast infections. The fungus that causes yeast infection is not the same as the fungus that causes nail infections. Doctors recommend the use of a topical treatment for nail fungus infection but they also advise bringing balance to the bacterial populations in the body through taking probiotics.

A person with nail fungus infection has to eat foods that are rich in probiotics such as kefir, sauerkraut, and yogurt. There are also available probiotic supplements that are in capsule and powder form. Some people become susceptible to fungal infections due to the imbalance of good bacteria in the intestines. There are times when the good bacteria are killed by antibiotics taken or by a bout of a specific disease.

Primarily, there are four kinds of probiotics that can be used for treating nail fungus infections. These are L. acidophilus, L. Paracasei, B. Lactis, and L. Plantarum. It is important to have a perfect blend of these four to come up with the best result. This superb blend will get rid of any unwanted fungus in the body and at the same time protect the toenails from any possible fungal infection.

Most infections are caused by three types of fungi. The type of treatment relies on the type of fungus. The best blend of probiotics includes the Lactobacillus and Bifidobacteria cultures in the living forms to restore the balance of bacteria inside the gut. Water-based capsules also aid the flora found in your stomach acid. It aids the good bacteria to get to their right destinations to eliminate the fungus from your body.

Probiotics are also ingested as medicine for building muscles, curing osteoarthritis, and increasing testosterone levels in the body. It is also considered a potent anti-aging product. It helps to boost your immune system, strengthens one’s nails, and gets rid of nail infection straight from the roots. It improves muscle coordination and aids in developing thinking skills. It is also a great treatment for various skin issues, functioning like an astringent which prevents skin infections. It is also helpful to diabetics who have fungal infections. It works as a good food preserver too.

Probiotics in general are safe for almost everybody who takes them. But people who suffer from lactose intolerance and milk allergies must avoid taking foods that contain probiotics. After taking probiotics, some people experience bloating or flatulence temporarily. After the body starts to adjust, this issue is resolved. Some scientists also sense that probiotics may cause infection in people who have weak immune systems like those who are taking immunosuppressant drugs or those who are infected with HIV or have AIDS. 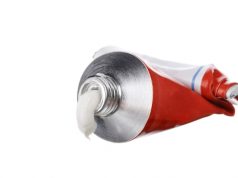 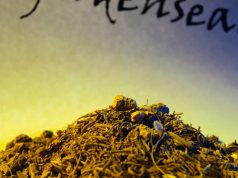 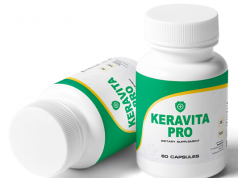